Ashlie Green, a recently graduated senior, was a member of the Joplin High School guard from Joplin, Missouri. The city of Joplin and the high school itself was devastated by a massive EF5 tornado on May 22, 2011, considered the costliest single tornado in United States history and the deadliest tornado to hit the nation since 1947.

She is also a member of a Team Oklahoma, a traveling softball team based two hours away that practices a lot during the guard season. She states, “Many late nights were spent going from softball practice to practicing the winter guard routine in my front yard.” Ashie was also a member of her school’s varsity team all four of her high school years. 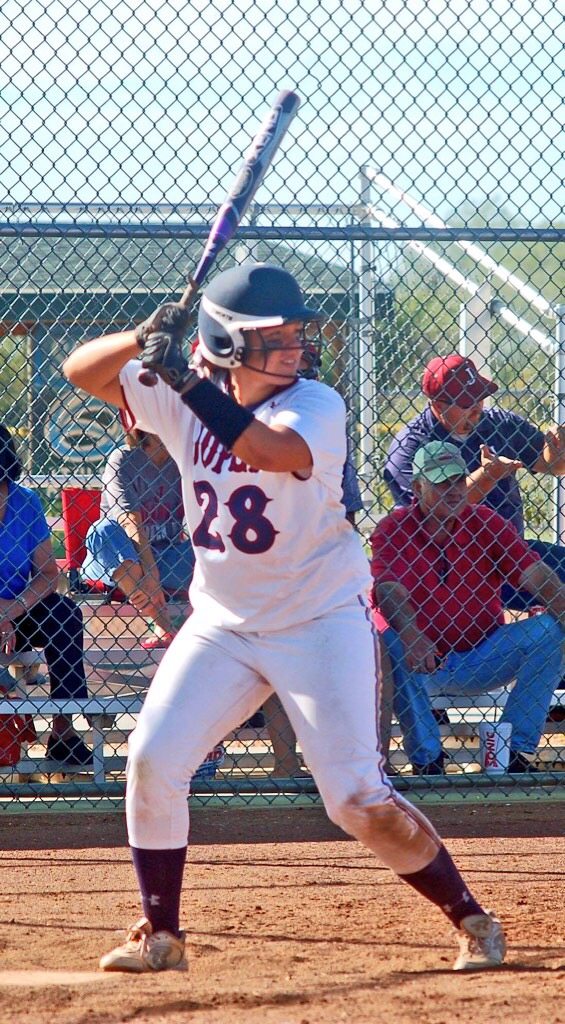 The traveling team really gets around, often taking Ashlie to Oklahoma, Kansas, and Texas for Amateur Softball Association and United States Specialty Sports Association games and tournaments. One of her favorite tournaments is “Pitch for a Cure” in Springdale, Arkansas, a fund-raiser for men and women battling breast cancer. Being that she has an aunt who successfully battled the disease, she’s especially touched to play in that tournament, and always dedicates her performance there to her aunt.

She adds, “I think travel ball is awesome. You get to meet a lot of new people and form a bond with your team that is very hard to break.” Which, frankly, sounds a lot like being in a guard. Without question, doing both activities at once is quite time consuming, but Ashlie says she finds the sacrifice of time and effort to be well worth it.

Now about that tornado: After much of Joplin was wiped off the map, a lot of things changed. The members of the varsity softball team not only didn’t know if they would have a field to practice on, the students didn’t even have a school to attend as the tornado trashed the building just minutes after most left the graduation ceremony. For her freshman year, the high school team was forced to practice and play at the local Missouri Southern State University. She remembers the team struggling under a new coach and the after-effects of the tornado, which required the high school team members to attend two different temporary schools.

Her sophomore year saw the team get a place it could almost call “home,” as FEMA had built a temporary field at one of the middle schools. However, prior to every practice, the high school softball team had to spent five minutes just walking around the field and picking up rocks. Since the field wasn’t safe to play on, games were held at a local sports complex, which helped the team slightly improve upon its record. Things looked up for Ashlie’s school team her junior and senior year when the softball coach the team had prior to the tornado returned. The team improved its record to 21-7 her junior year and went 9-0 in their conference.

Her senior year was special as students were able to move into a brand new high school building, a place they could finally call “home” for good. Playing their first game at the new turf field was a time to cherish and remember. The softball team held a balloon release in honor of the inaugural game and again finished the season 9-0 in the conference.

Ashlie sums up the experiences of the past four years by commenting, “The tornado had a big impact on things, but I think it made all of us closer as a community. Every time the students played a football, softball, basketball, or any kind of game at our new high school, the school spirit was amazing. Many students came out to support everyone. But finally getting to call a place ‘home’ has never felt better!”