For today’s #FlashBackFriday, we are going back 33 years to May 1985. Early in WGI’s history, we were already making waves with the first tie for a title at any major championship event! At the 1985 WGI Olympics (now called WGI World Championships), State Street Review and Erte Productions tied for gold with a 95.05.

Check out the May 1985 WGImages (today’s FOCUS magazine) below that covers this historic event, media coverage of the growing activity, reflections from performers, and more! 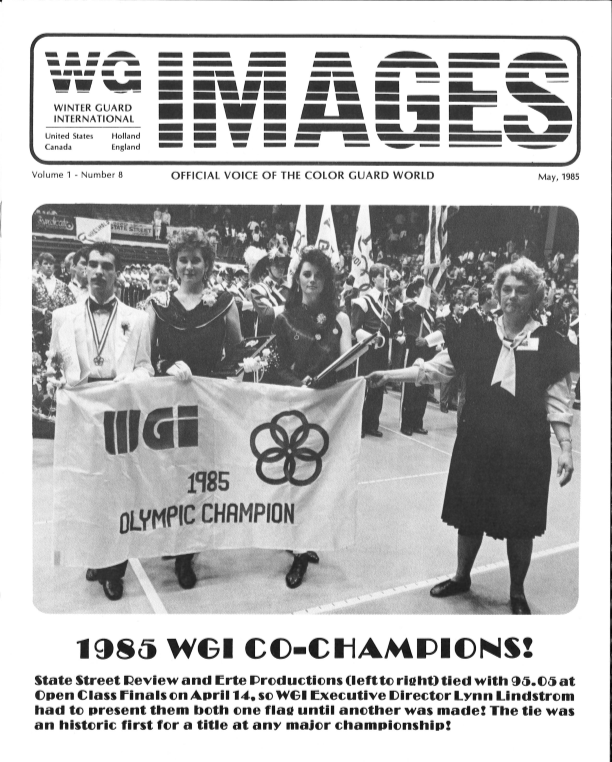