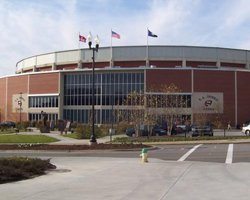 WGI Sport of the Arts created of a greater series of regional championship events providing expanded performance opportunities for participating groups. The goal is to offer greater service and an elevated experience to nationally competitive color guards and percussion ensembles while allowing local groups to discover WGI in a unique and large-scale event.

Approaching each event as a “mini-world championship”, groups can expect the same attention to detail that has made the Dayton events recognized as one of the best-managed marching arts events in the world. The final 2014 Elite Events take place this weekend in West Long Branch, NJ; Orlando, FL; Denton, TX; Bowling Green, KY; and San Bernardino, CA!

Check out Mid South Percussion Championship Facebook Event to see who is attending. 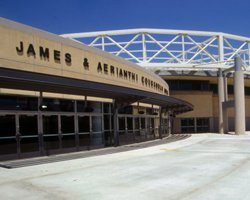 March 22-23 Western Percussion Championship: San Bernardino, CA
The Coussoulis Arena is home to the California State University San Bernardino Coyotes. This facility has hosted many local circuit percussion events and several WGI Color Guard Regionals in the past 6 years. A great space to watch and listen!

Check out Western Percussion Championship Facebook Event to see who is attending. 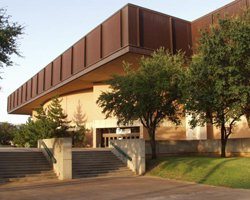 March 22-23 Southwestern Color Guard Championship: Dallas, Texas
Recognized as one of the finest college basketball facilities in the nation, the Super Pit is home to both the University of North Texas men’s and women’s basketball teams. Built in 1973, the coliseum is designed for multipurpose use and is frequently the setting for concerts and theater stage productions as well as athletic events. Does that say “Sport of the Arts,” or what?

Check out Southwestern Color Guard Championship Facebook Event to see who is attending. 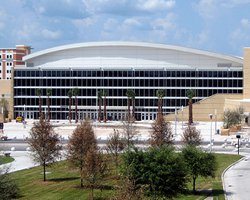 March 22-23 Southeastern Color Guard Championship: Orlando, FL
The UCF Arena opened in October 2008 and offers over 1,800 seats for color guard fans. “The Venue” has been modeled after an old-fashioned musical theater.

Check out Southeastern Color Guard Championship Facebook Event to see who is attending. 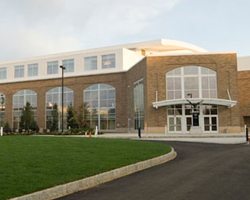 March 22-23 Eastern Color Guard Championship: West Long Branch, NJ
The MAC (Multipurpose Activity Center) is the area’s premier venue for large-scale concerts, touring shows, and family-friendly events. Perfect for a WGI Elite Event. This mid-size arena maintains an intimate viewing experience and is configured so that there isn’t a bad seat in the house – making it one of the best places to see a show in New Jersey!

Check out Eastern Color Guard Championship Facebook Event to see who is attending.