The University of Alabama has a long history of success in intercollegiate sports,   including 20 national championships. Most recently, the Crimson Tide football team won the 2011 BCS Championship and in 2012 the women’s gymnastics, softball, and golf teams were all NCAA national champions. In seeking to enlarge the great tradition of athletic achievement at The University of Alabama, Alta Marea Winter Guard was formed in 2005.  Alta Marea, translated from Italian meaning, “high tide,” began performing in the 2006 winter season.  During its first year of competition, Alta Marea was a WGI World Championships finalist in Independent A.  Alta Marea was a WGI World Championships finalist in 2007 in Independent A and in 2008, 2011, and 2012 in Independent Open. 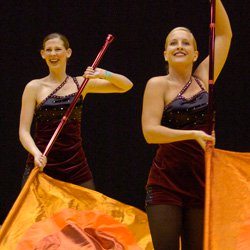 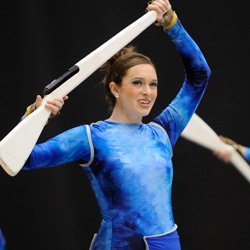 Steve Simpson is the color guard director as well as assistant director of the “Million Dollar Band.”  Choreographers are Brandy Keeton, an English teacher at Brookwood Middle School in Tuscaloosa, and Adam Dalton, a graduate teaching assistant and Doctor of Musical Arts in Conducting candidate at The University of Alabama.  Randy Nelson is the program designer. Dr. Ken Ozzello is the Director of Bands and Mr. Randall Coleman is the Associate Director of Bands.