For most winds and hornline musicians, it used to be that there were only two seasons available when you wanted to play in a marching band- fall band season with a high school/college or drum corps. For years, if a horn or winds musician wanted to compete in WGI, they were forced to join a color guard or percussion ensemble. Fortunately, that is no longer the case with WGI Winds.

The division just completed two successful seasons and is already making an impact on its performers. To get a little more insight on this impact, WGI recently interviewed Daniel Belcher, a two year member of 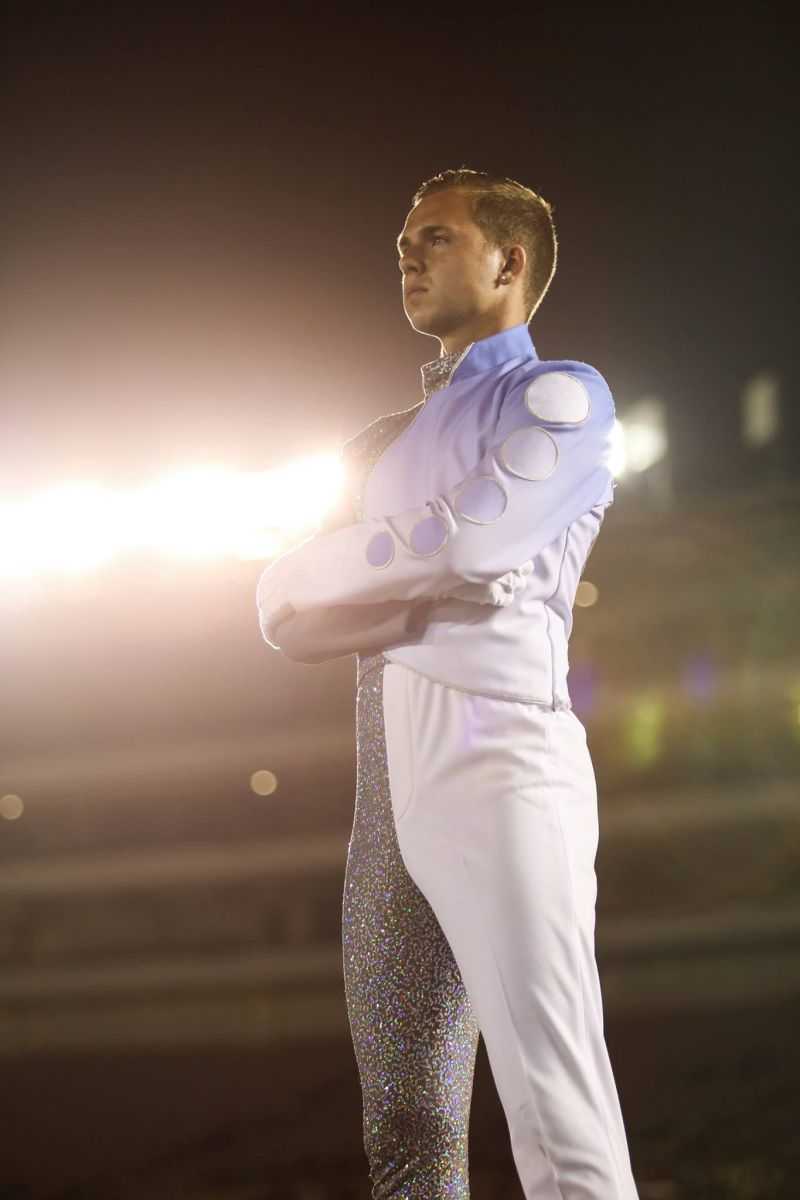 WGI: What is your marching arts background? Where did and do you march?

DB: Past high school, I have marched two years of Rhythm X Winds on euphonium and then baritone, and I am in the midst of my first season of drum corps as a drum major for the Blue Knights.

WGI: How did you hear about WGI Winds? What made you interested in become a member of an ensemble?

DB: I heard about WGI Winds through an instructor and alumni of a WGI group, and what made me want to join a group was the idea that I would be doing something completely new and innovative to the marching arts. I saw it as an opportunity not only to learn and perform, but as an opportunity to learn and perform on a brand new stage for wind players.

WGI: Would you say that WGI Winds has given you another opportunity to practice your instrument and marching technique, dance or musicianship? If so, how?

DB: WGI Winds has given me a huge opportunity to be able to practice my instrument, marching, and dance, as well as greatly improving my overall musicianship. This is the case for many people I know within the activity. In the fall and summer many people have ensembles they participate in where they can practice and make use of these skills, but WGI allows for the opportunity to do this in the winter. Outside of high school as well many people might be in a program of school unrelated to music, and WGI Winds provides an opportunity to those people in the winter. 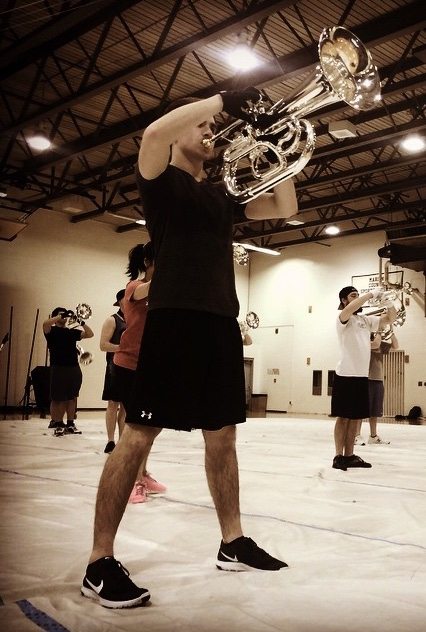 WGI: In your opinion how does WGI Winds compare to lets say drum corps or marching band? What is the difference?

DB: In my opinion, WGI Winds can be much more organic in comparison to drum corps and marching band. This is in both how a production looks, and how groups function. Having a smaller floor and thus a smaller amount of members allows for more personal relationships and one on one time with instructors and staff. Instructions can be more organic and aimed at smaller groups of people and/or individuals, where that might be much more difficult with 60 to 300 people on a field depending on the ensemble. In terms of production, WGI Winds groups have the opportunity, and almost expectation, to take a page from the other captions in terms of more organic visual responsibilities. You see less exclusive marching, and more choreography and organic movement characteristic of color guards and many percussion ensembles.

WGI: Many groups in WGI Winds are not using a “Shako” or headgear for their shows, would you say that is a big difference for band performers who are use to hiding under shakos?

DB: Another characteristic of WGI Winds that can be very new to wind instrument performers is the lack of a shako or hat of some sort, and related to that, a lack of distance from the audience. In marching band and drum corps, a majority of the time performers’ faces will be concealed by hats, and the audience is still reasonably far away. In WGI, there are venues where the audience is 3 feet away from your current set, and you aren’t wearing anything to conceal your face. This is an incredibly intimate kind of performance in comparison to outdoor ensembles, and while this can seem intimidating, it provides for the opportunity to connect on such a deeper level with your audience.

WGI: Do you think that WGI Winds opens another door for creativity that also pushes drum corps and marching bands to be more innovative? If yes, how so?

DB: WGI Winds definitely opens the door for more creativity in wind performance, and allows for a showcase of what is possible in a setting where innovation is abundant. WGI is a celebration of the subcaptions you see in outdoor ensembles, and now it’s time for wind players to shine. The impact that WGI has had on shaping outdoor percussion and color guard over the years will definitely translate to winds.

WGI: What would you say to a brass or winds player who might be interested in marching WGI Winds?

DB: This is an incredible opportunity not only to work towards bettering your own skills, but also shaping the activity and art form itself. I’ve had one of the best experiences of my life with WGI Winds, and I know that others can to. Put yourself out there and see where your performance takes you!

The crowd came out today for the Winds World Championships! #wgi2016 pic.twitter.com/B3Q1fQiVGJ