(noun): An ornamental bordering, consisting of a narrow band attached to threads.
(verb 1): To furnish, adorn, or encircle with a fringe.
(verb 2): To serve as a fringe to; to present the appearance of a fringe upon.
(adj): Something that is marginal, additional, or secondary to some activity, process, or subject. A group with marginal or extremist views.

George Mason University Indoor Drumline is proud to announce their 2019 program: “Fringe.” Inspired by Frank Ocean’s song “Seigfried,” Fringe explores the outer terrains of modern culture. Played out in an artistically rendered urban environment, Fringe interrogates what it means to live in the margins of society: alienated, separated and outside of the main group. GMU will explore the concept of fringe through an attention to its multiple definitions: the spacial fringe, the material fringe, the musical fringe and the emotional fringe.

GMU’s 2019 program is a testimony to the unorthodox lifestyle that any passionate or creative person lives. Our own percussion community constitutes a fringe lifestyle, and Fringe pays tribute to the outlandish and irregular things we all do to keep the activity thriving. Fringe features the music of Frank Ocean and original compositions by Travis Peterman and Andrew Monteiro. GMU19 is also proud to feature the music of the native Northern Virginia rapper Joseph Noah, “I’d rather live outside.” 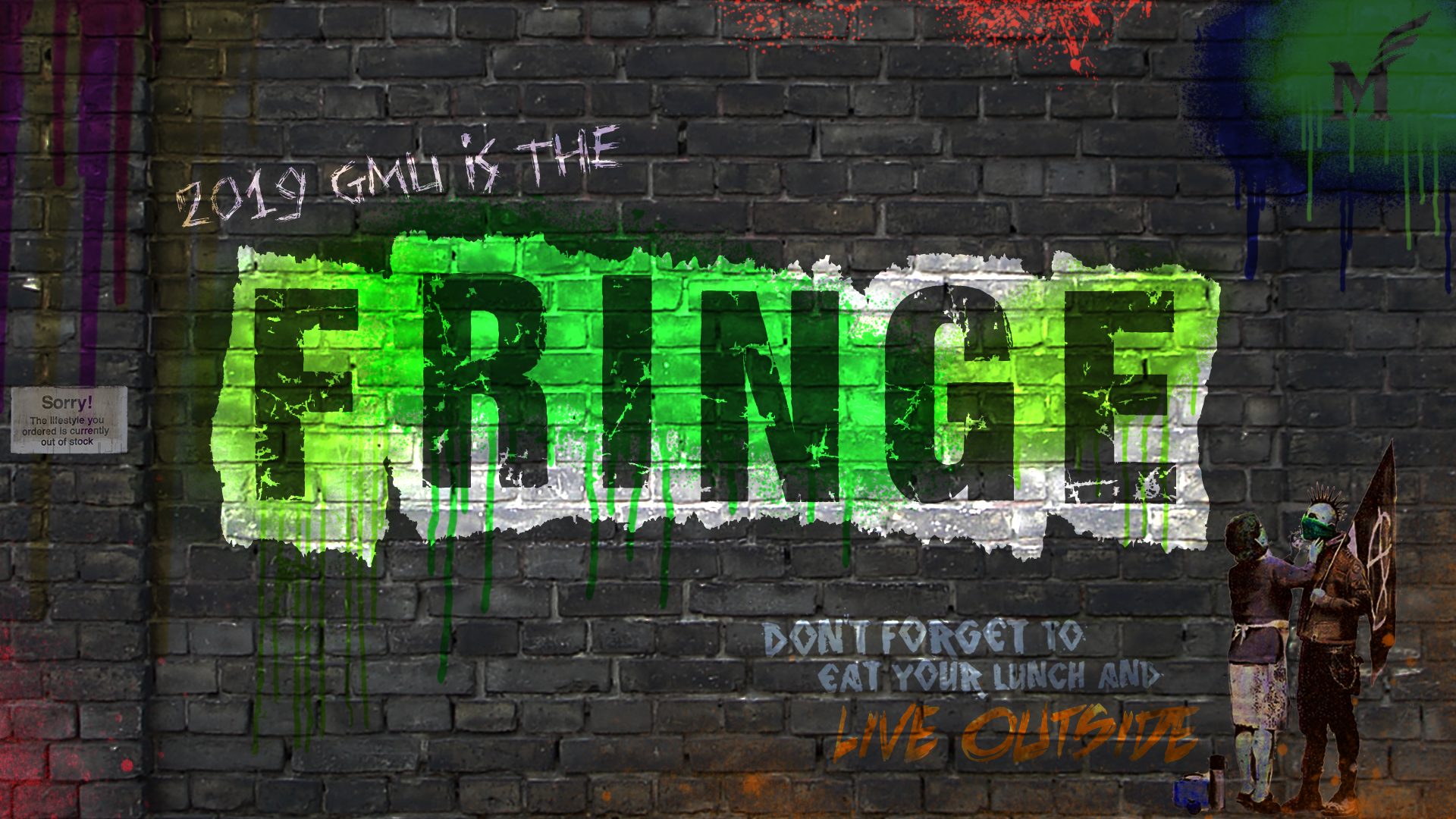