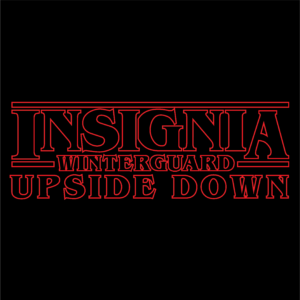 Insignia Performing Arts Concepts is proud to present our 2018 program, “Upside Down.” Inspired by the Netfilx Original series Stranger Things; Insignia will cause the audience to question their sense of direction by turning UD Arena on its head.

We are thrilled to be returning to the floor for the first time in over a decade.