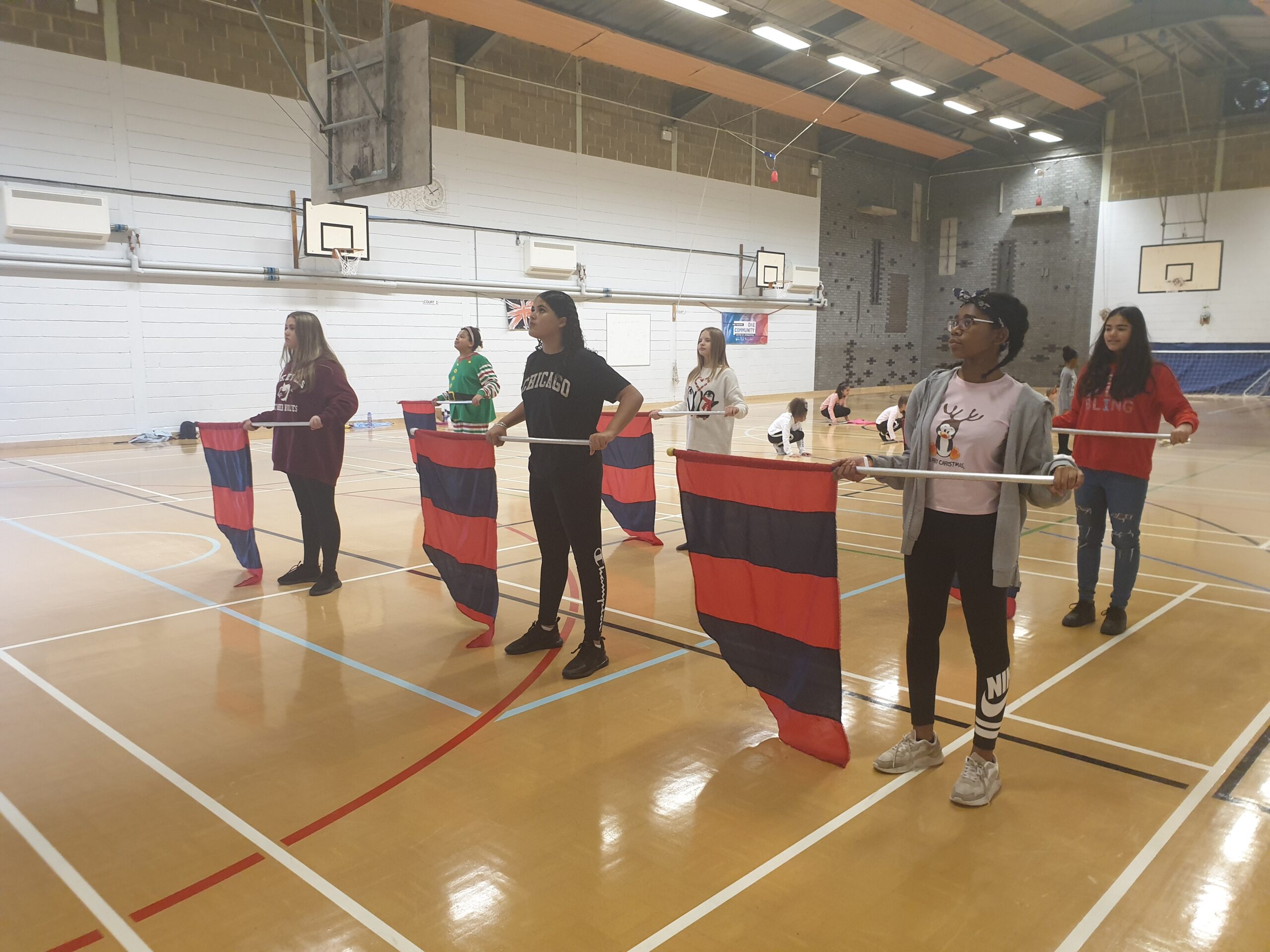 North Bristol Independent Cadets from Bristol, UK, are delighted to be performing in the WGI eShowcase, Week 4, Independent Regional A. They will be performing their show "Defying Gravity." The programme will feature music from Wicked The guard staff comprises Bridget Coulter, Carly Rogers, Adina Monk and Kirsty Price. 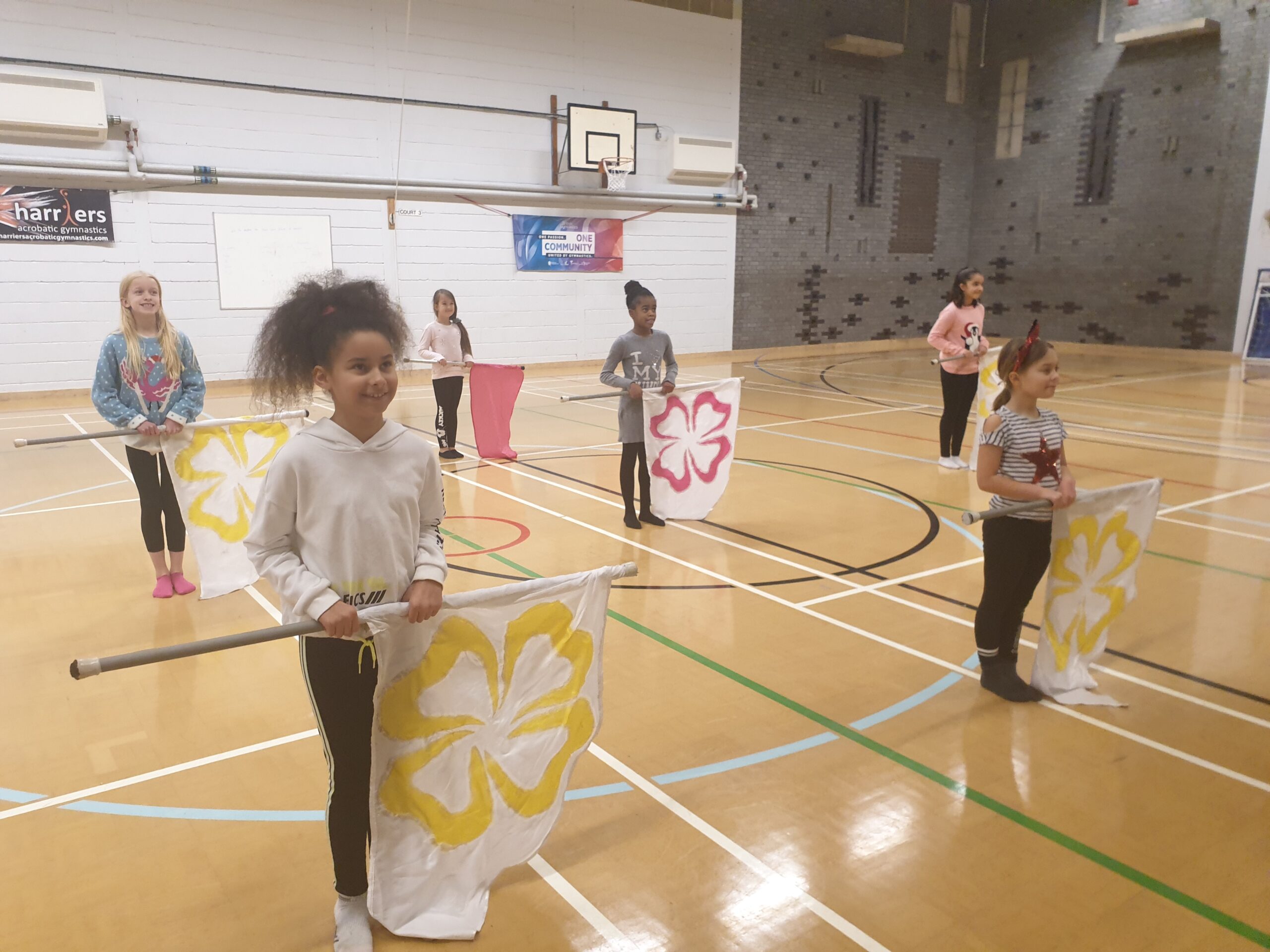 North Bristol Independent Juniors from Bristol, UK, are also thrilled to be performing in the WGI eShowcase, Week 4, Independent Regional A. They will be performing their show "A Midsummer Night’s Dream." The programme will feature music by Danny Elfman. The guard staff comprises Bridget Coulter, Carly Rogers, Adina Monk and Kirsty Price.

Flying the flag for the UK

A Filton flag and dance display team will be performing in a prestigious American circuit in 2021 - without travelling a single mile.
North Bristol Independent Colour Guard, which was only formed in 2019, enjoyed a successful first season competing across the UK until lockdown in March.
Since then the group, which rehearses in Filton and Patchway, in north Bristol, UK, has been working hard on skills through a combination of Zoom sessions and actual rehearsals since some sports centres have opened up for under 18s activities.
COVID means the UK season will be 'virtual' this year, with performances streamed on the internet, but North Bristol has led the way for Britain by being the only group to date to sign up for the renowned Winterguard International Circuit which sees independent and high school groups from across the USA compete. North Bristol will join groups from Texas, Florida, Ohio, California and across the USA in a series of online showcases in the Spring.
The group will record their performances which will be shown to the US audience as well as being judged by adjudicators. Their shows will also feature on the Winterguard UK circuit.
North Bristol has two groups, one for under 11s and the other for over 11s, with 16 girls in total involved.
Guard director Bridget Coulter said: "We are thrilled to be taking part in the Winterguard International virtual season and as far as we know, we are the only British group signed up.
"As a relatively new team, having our girls on the same circuit as the world's best will be incredibly motivating for them. It has been hard during COVID but we have been rehearsing almost every week - face to face (safely) when we can and Zoom during lockdown. Our experienced staff team of Carly Rogers, Kirsty Price and Adina Monk have worked them so hard and we have actually managed to gain new members despite being in the middle of a pandemic."
North Bristol Independent will be performing two shows in 2021 - the younger girls will be performing to selections from Wicked the musical while the older group are presenting A Midsummer Night's Dream inspired by the soundtracks of Danny Elfman.
For more information or to join, please call 07889 409012 or look the group up on their Facebook page.