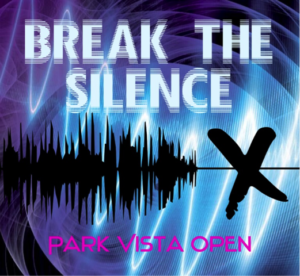 Park Vista Open explores the topic of speaking out and having the courage to say something. This is relevant to all at many different levels and effects each person differently. Very often we are afraid to say something with the fear of retribution or even something small because of the lack of confidence. This production illustrates this poignant topic of saying something no matter how simple or how serious it may be, the courage to speak up and break the silence only makes you a stronger individual. Often actions can speak louder than words and words can do harm, reminds us of what is most important in this world.

The ensemble will be performing at the WGI Tampa Regional and WGI Southeast Power Regional, as well as the WGI World Championships in Dayton, Ohio.