In WGI's "Winds Profile" series, we are taking a closer look at some of the many instruments used by WGI Winds groups. To start us off, we have the piccolo!

The piccolo is a well-known member of the flute family. It is also a difficult instrument to master and has the highest range out of any woodwind instrument in a classic orchestra. While the piccolo is remarkably similar to a flute, it does have some notable differences.

The famous Ludwig van Beethoven was one of the first composers to use the piccolo as a way to portray sounds of nature in a musical piece. Classically, the piccolo has been used to represent sounds such has howling wind, lightning, or a small creature. Today, the piccolo has evolved into the highest-pitched member of the orchestra.

Since a piccolo is a smaller version of a flute, the sounds are similar. However, a piccolo does have a higher pitch because of its smaller size and plays exactly one octave higher than a flute. A flute’s tone is typically delicate and calming, but with a piccolo’s higher pitch, that delicateness can be easily lost.

If played well, a piccolo can closely mimic the sound of a flute when played in a lower octave. The sound can become more sweet and soothing. However, once the notes on the piccolo begin to reach above the staff, it can quickly become sharp and shrill.

Setting aside the size difference, the mechanics between a flute and piccolo are practically identical. The keys and rods used for fingerings are the same. 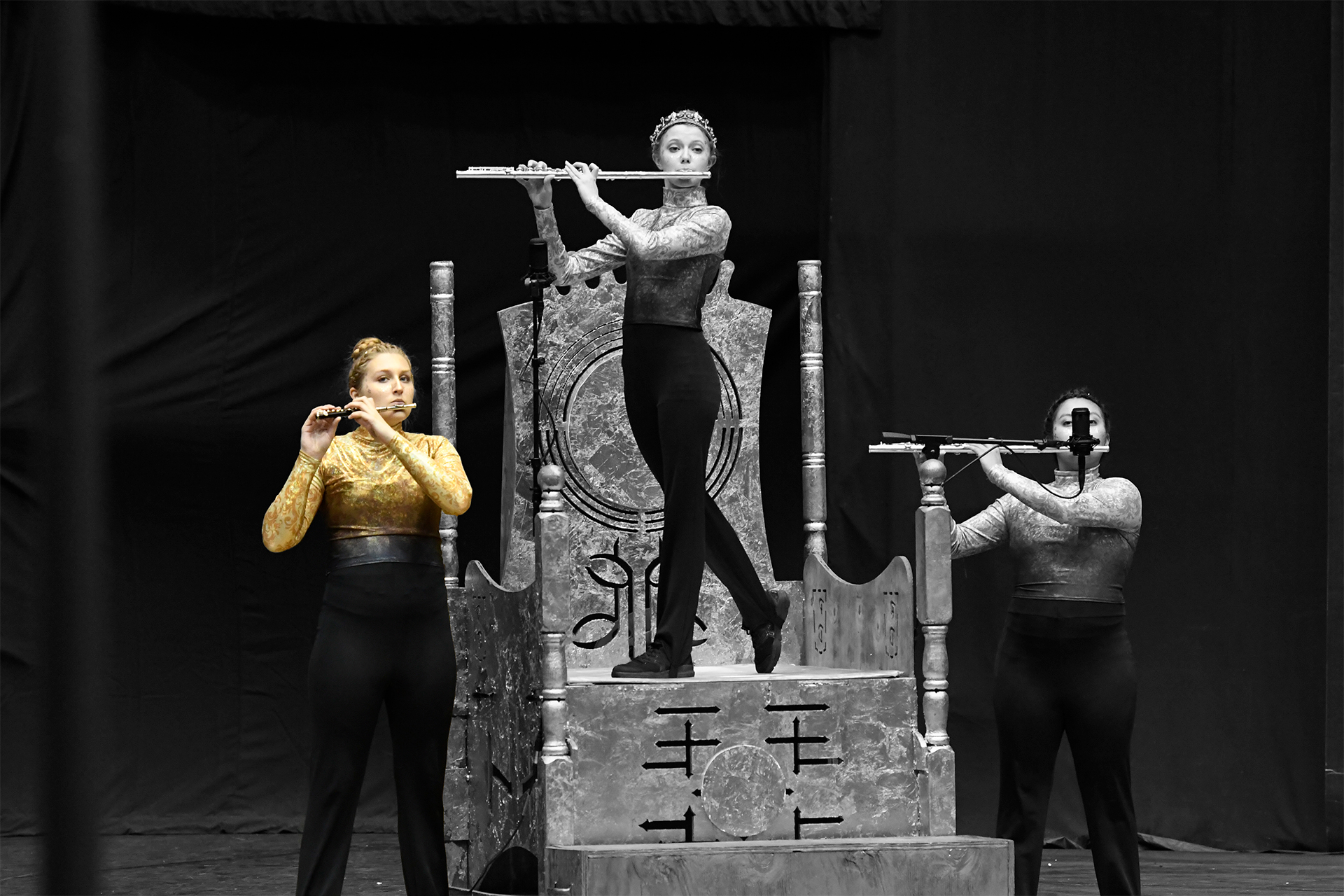 While a flute requires a more hollow and open breath, a piccolo requires a tight embouchure with precise and fast breaths for the majority of its notes. The goal when trying to make a solid note on a piccolo is to split your breath on the lip of the hole on the mouthpiece. Unlike other woodwinds—such as a clarinet or saxophone—the flute and piccolo don’t use all of the air that is blown into them. A fair amount of the air blown into the mouthpiece goes over the lip, rather than inside.

Where You’ve Heard It

Have you ever been to a Fourth of July celebration? If so, you have probably heard the classic Philip Sousa march “Stars and Stripes Forever.” This patriotic song features multiple piccolos towards the end of the song playing in perfect unison. This incredibly impressive section of music is performed by piccolo players who stay in tune with each other on an instrument that is almost impossible to tune to one another. Outside of this song, the piccolo is not commonly used in pop music or in a modern TV show—its popularity rests more in classical and orchestral music.

Once you have become very familiar with a flute, you should be able to move onto the piccolo. However, you should make sure to prepare for the higher octave by getting a pair of earplugs and warning your roommates or neighbors.

ABOUT THE AUTHOR: Tessa Montgomery is the marketing and media manager at a community theatre in Central Indiana. She graduated from Anderson University in 2018 with a BA in public relations and a minor in nonprofit leadership. She is passionate about music and has enjoyed WGI since she was in high school.