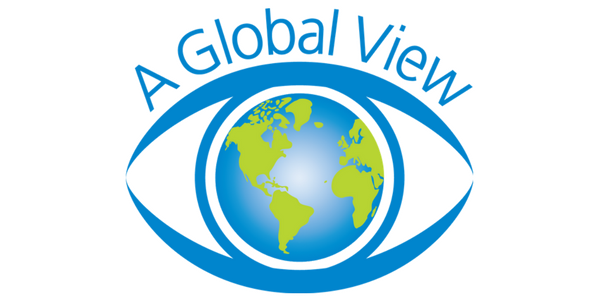 Three short years ago, the WGI Board of Directors made a commitment to expand the reach of the indoor marching arts outside North America and build a network of color guards, percussion ensembles, and winds groups overseas. Since that time, WGI has supported competitive events in Asia and Europe, using the same model as those in the United States. There have been educational events in South Africa, Japan, and the Philippines where clinicians from the U.S. have shared teaching techniques as a catalyst in the creation of new groups across international borders.

Last year, WGI allocated a $25,000 grant to create an ambassador program where those funds would be used to assist a group from the United States to travel to an international event. Recently, WGI Sport of the Arts announced the addition of WGI Japan scheduled for January 28 in Chiba, Japan. It was also announced that Warren Central High School Color Guard would be the first United States color guard to participate in a WGI event in Asia. Warren Central is also the first recipient of this international travel grant from WGI.

Invitations to apply for the 2018 travel grant initiative were shared with the Scholastic and Independent World groups of the Color Guard, Percussion, and Winds Advisory Boards. Each advisory board is composed of one representative from each Independent World and Scholastic World finalist and the top five finalists from all other classes of competition at the preceding World Championships. Every May the three advisory boards meet to determine the rules and policies that govern WGI. The next advisory board meetings are scheduled for May 18-19, 2018.

A committee reviewed all applications received and awarded Warren Central High School the inaugural travel grant. A first for WGI, there are plans to continue this program in future years.

“This is a progressive step for WGI in spreading the mission of our organization while students from different countries share experiences that will last a lifetime,” said Executive Director Ron Nankervis. “It is our hope that this grant of $25,000 will become a fixed part of our annual budget and create a legacy of international exchanges into our WGI family.”

This year will see the largest WGI Asia event calendar in Jakarta, Indonesia, on November 18-19, Sisaket, Thailand, December 15-17, and Kuala Lumpur, Malaysia, on December 20-21. The event in the Tokyo area on January 28 will mark the fourth regional added in Asia in three years.

Jeff Wroblewski, director of Warren Central High School Color Guard, stated, “Warren Central is proud to have been selected to receive WGI’s first travel grant to represent the U.S. in Japan. We must thank our Warren Township community and the WCWG members, parents, and staff of the past 27 years that has made this possible. Because of their years of hard work and dedication, the 2018 membership will be dedicating this trip and performance to honor our program’s history. Finally, we would like to thank WGI for allowing us to share the Sport of the Arts experience worldwide. It is an absolute honor!”

For more information and to see a list of groups participating in WGI Asia, you can visit the International section of the WGI.org by clicking here.