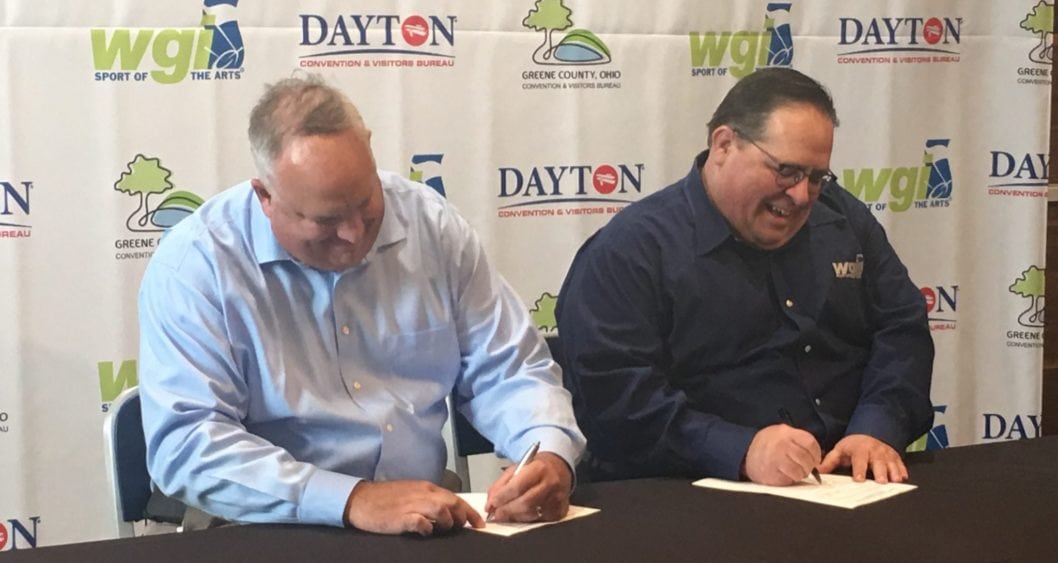 From a WDTN News Story

Winter Guard International, an organization that supports drum line and color guard competitions is keeping their national championships in Dayton.

WGI brings thousands of people to Dayton and other cities around the Miami Valley.They also hold events in Cincinnati and Kentucky.

WGI has also called Dayton home for decades while bringing in 20 million dollars to the Miami Valley economy every year.

One of the main venues used by WGI is UD Arena, which is currently getting a 72 million dollar facelift.

“WGI event’s have been in England, Indonesia, Malaysia, Netherlands and Thailand. Dayton is the home of WGI,” said Ron Nankervis, WGI’s executive director.

The decision took 24 months, but WGI decided signed the dotted line. They will stay in Dayton through 2024.

The University of Dayton also reached out to WGI about how their arena upgrade plan could help the event.

The second phase of the plan will be done in November, just before basketball season.

Dayton Public Schools was also at the event and accepted a $5,000 donation to help rebuild the districts music program.

Other Dayton news stories about this press conference:
FOX 45
ABC 22