Congratulations to all of our 2022 Winds Open class finalists! View a recap of their productions below in order of Finals placement. 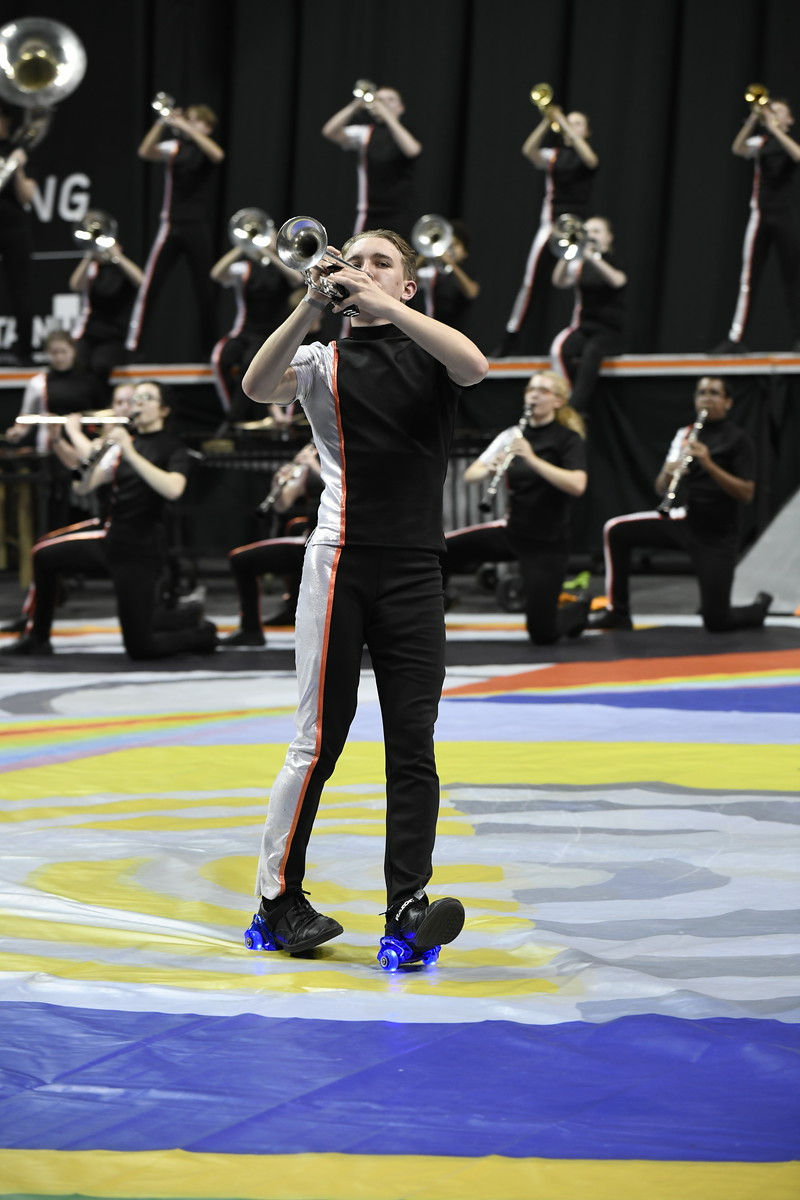 Model airplanes and music to fly to opened Miamisburg’s show. The group had fun right from the start with slides and ramps leading up to and down from a raised stage in the back of the floor, surrounding a group of mallet percussionists. The costumes were mainly black, with a shiny white side for the right arm and leg. The color came from the floor, full of rainbow colors, and the airplanes, all of colors matching the floor. Satie’s Gymnopedies brought back those airplanes, as well as members rolling around the floor with lighted heelies in their shoes. Throughout the entire show, the music made the fans feel like they were flying with the performers, and the crowd flew to their feet at the end of the show in appreciation. 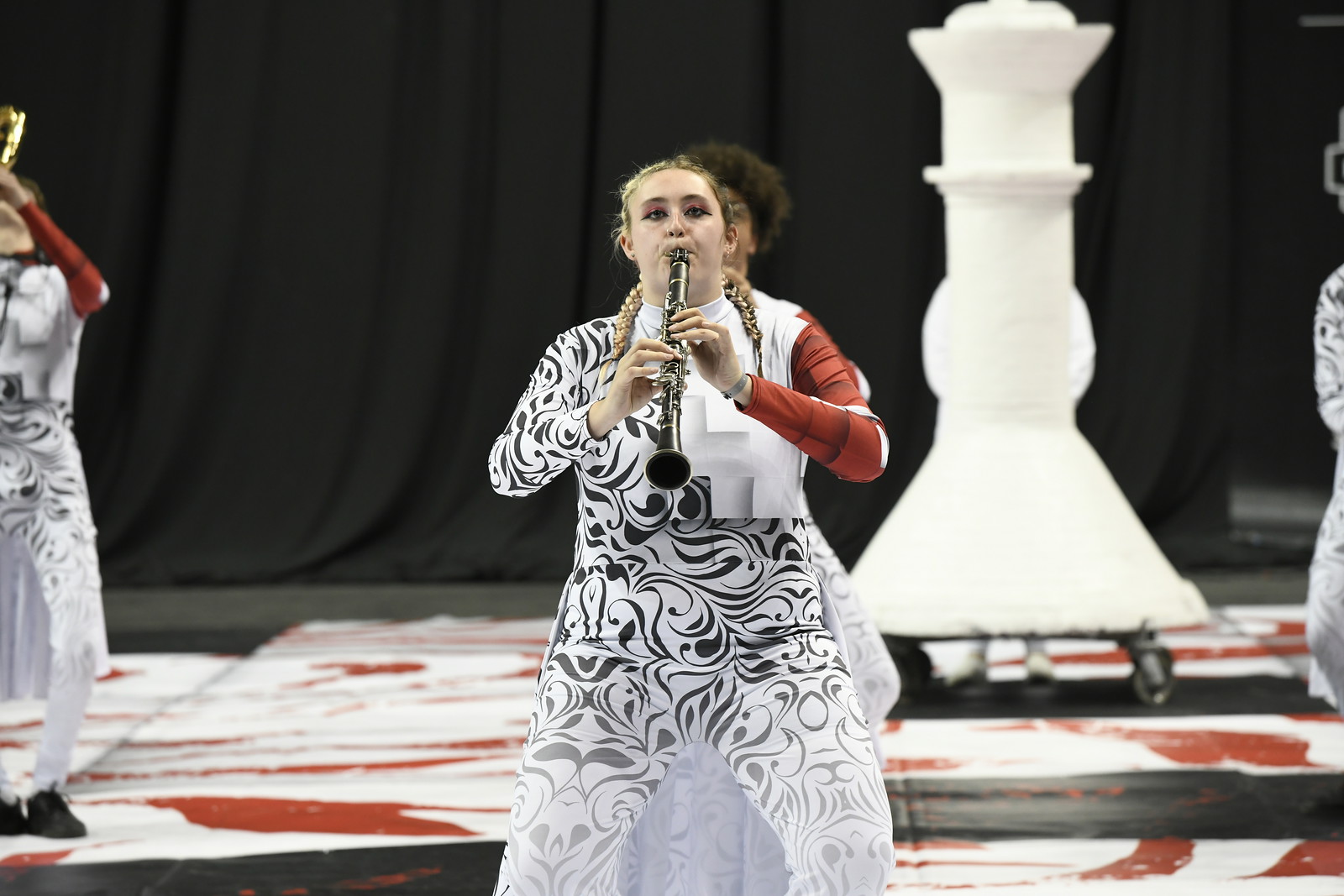 Two rival chess masters meet in the middle of the floor to begin an epic match while the ensemble, the woodwinds in white, the brass in black, begin to move around the floor in an abstract depiction of the match. Each side also had a giant chess piece of their own to move around the floor, a king for the white side, a queen for the black. As Fisher and Spasky contemplated their moves, a bass clarinet performed a solo. During the closer of the show, the chess players themselves moved the chess piece props to depict the final moments of the match as the white king resigned and his opponent declared “CHECKMATE!”. 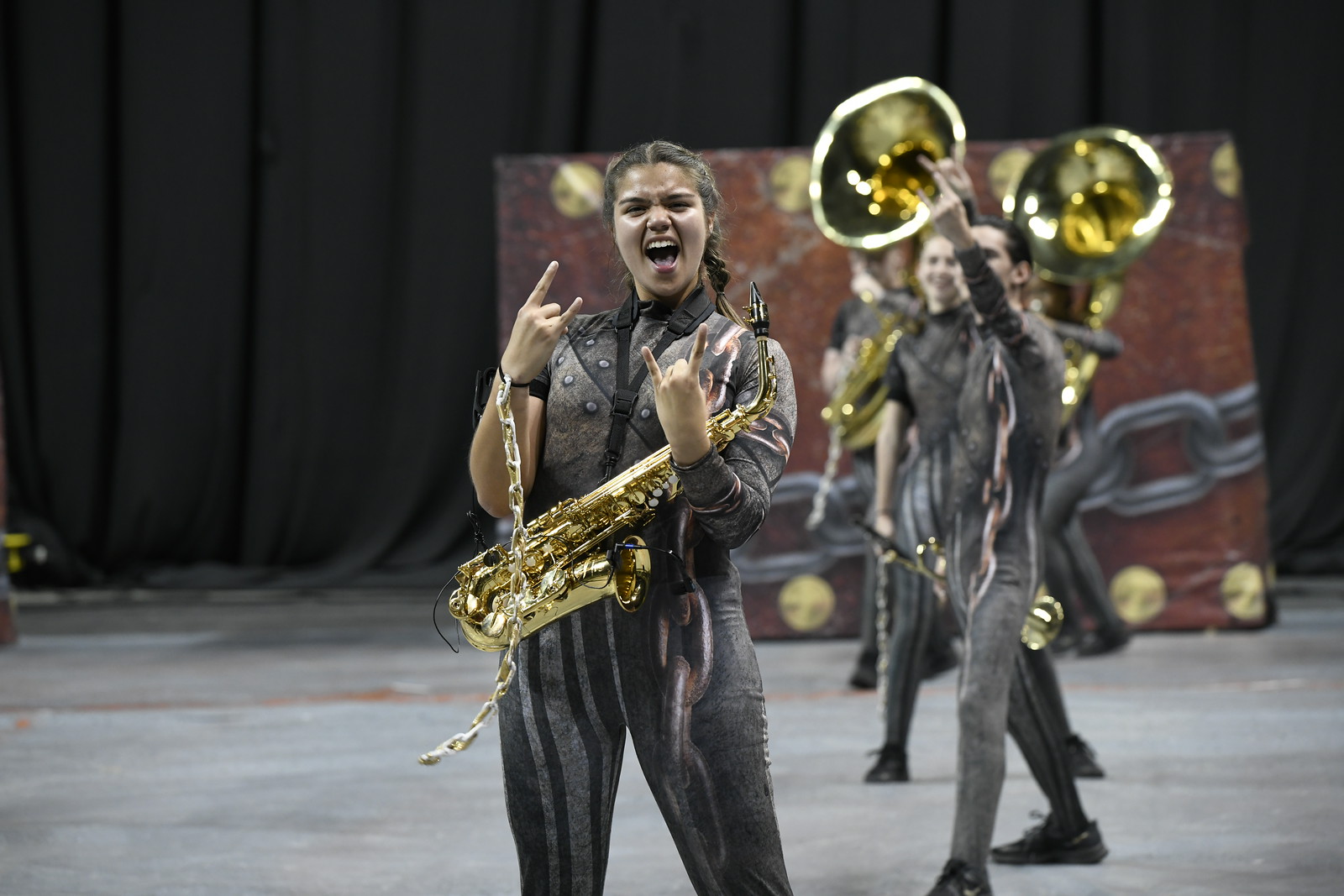 Metalic hues dominated Mt. Juliet’s visual program of “Heavy Metals”, including brilliant bronze, silver, and gold fabrics used by one of the dance members at the start of each movement. A soprano sax soloist got the crowd excited, followed up by the tubas with an evil sounding unison note. Metallic percussive sounds with chains and metal percussion instruments on racks added to the theme. At one point, a wind performer was hoisted up above the rest of their compatriots. A flute soloist wowed the crowd at the start of the second movement as the winds all used chains as props while playing, hanging them from their instruments during the climax of this movement. The low brass switched to sousaphones to join with the three tubas already on the floor, filling the arena with glorious deep sound. This performance definitely earned its standing ovation.

Westfield’s show was interesting because their show’s tarp only covered the left side of the floor. The use of La Vie En Rose, but in a minor key, was particularly ear catching following a sample of Britney Spears' hit song, Toxic. The ensemble then took over the pop melody, beginning with the woodwinds while the brass showed off their dance moves. All the while, a solo dancer in black and green danced around the floor, a contrast to the black and rose red of the rest of the ensemble. The solo dancer also performed a clarinet solo, showing multiple skills. The closer opened with a great trombone quartet and the winds all now added a green panel to the front of their costumes. A return to the La Vie En Rose theme led into the big finish for the show with an incredible sound from the horns. The group then covered themselves in green fabric as the influence of our solo dancer completely took hold. 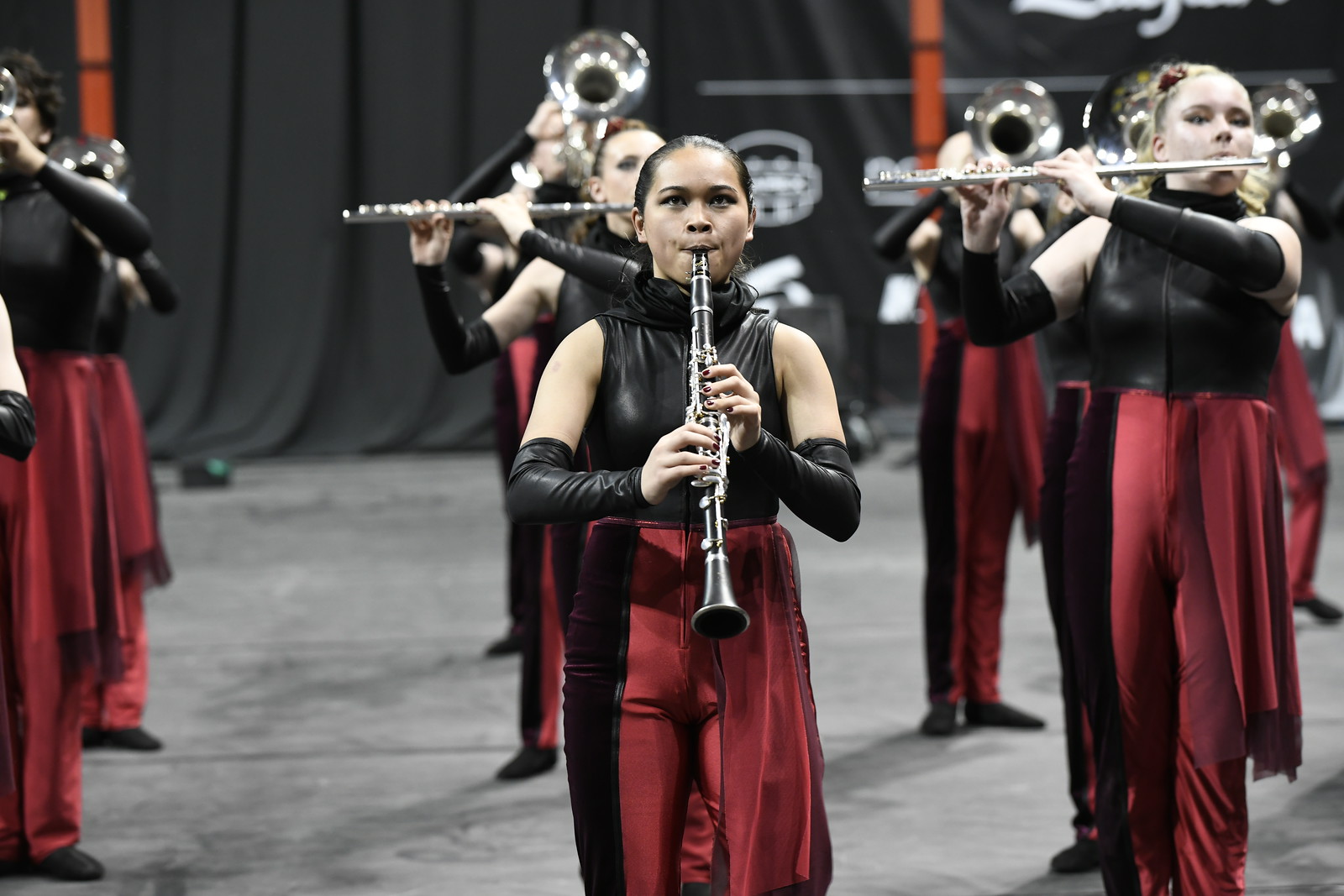 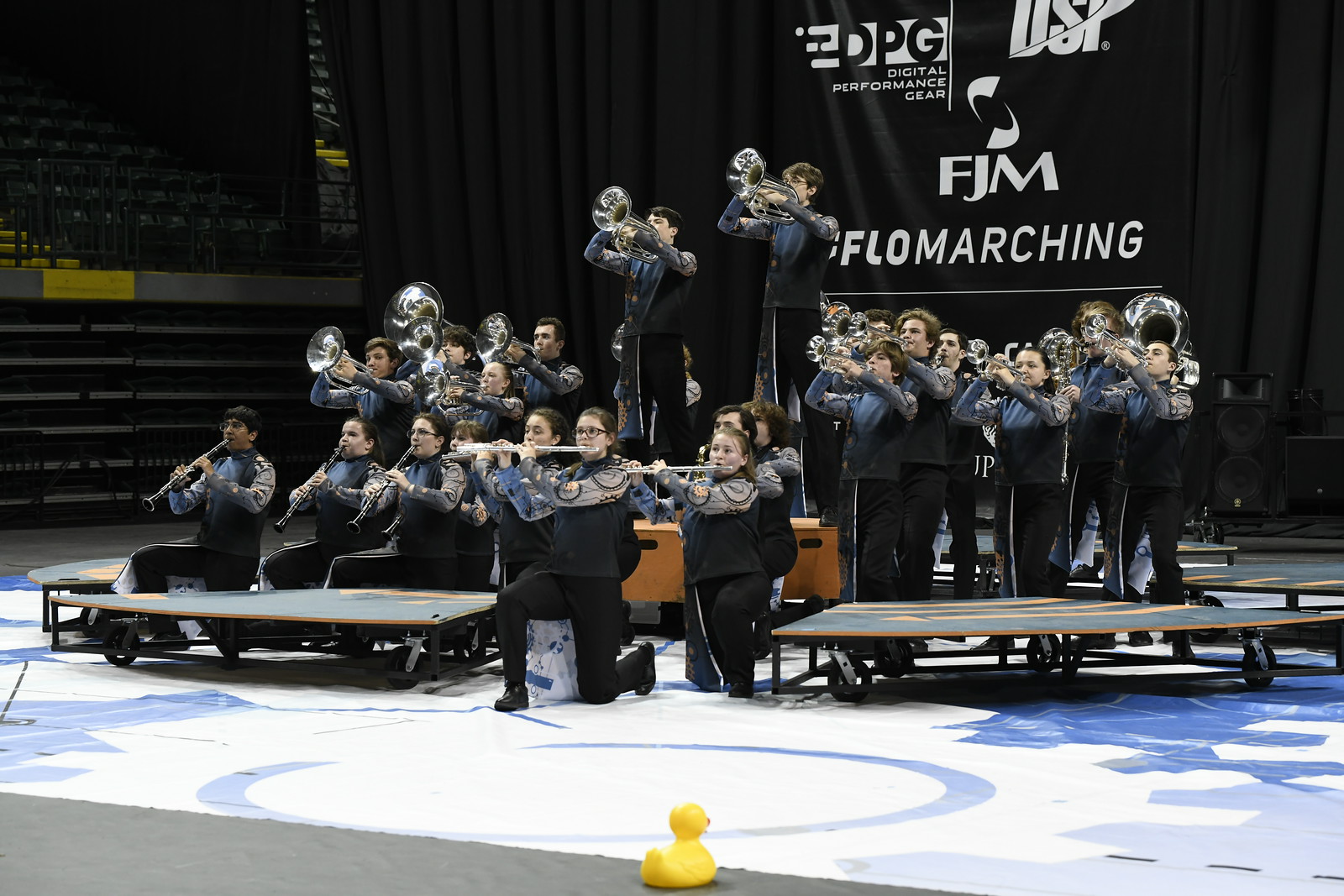 Catawba Ridge’s prop began the show incomplete, as there was “Some Assembly Required”. The ensemble sound of the winds, however, was fully assembled, with excellent balance and blend. As some of the prop pieces were pushed into place, the low brass stood and played on them. The final piece was pushed into place early in the show as the winds formed around it and marched in concentric circles rotating in opposite directions. At the end of the opening movement, a member flipped a switch, but an alarm sounded as the prop flashed red, indicating that not is well. This led into Coldplay’s “Fix You”, as the prop was taken apart to find the problem. Baritone soloists played the opening melody of the song before handing the chorus to the middle horns, playing to the back left corner of the arena. The winds assembled themselves within the parts of the prop to play the big climax of the song. The close of the show saw the prop reassembled and activated, flashing green as it now operated as intended 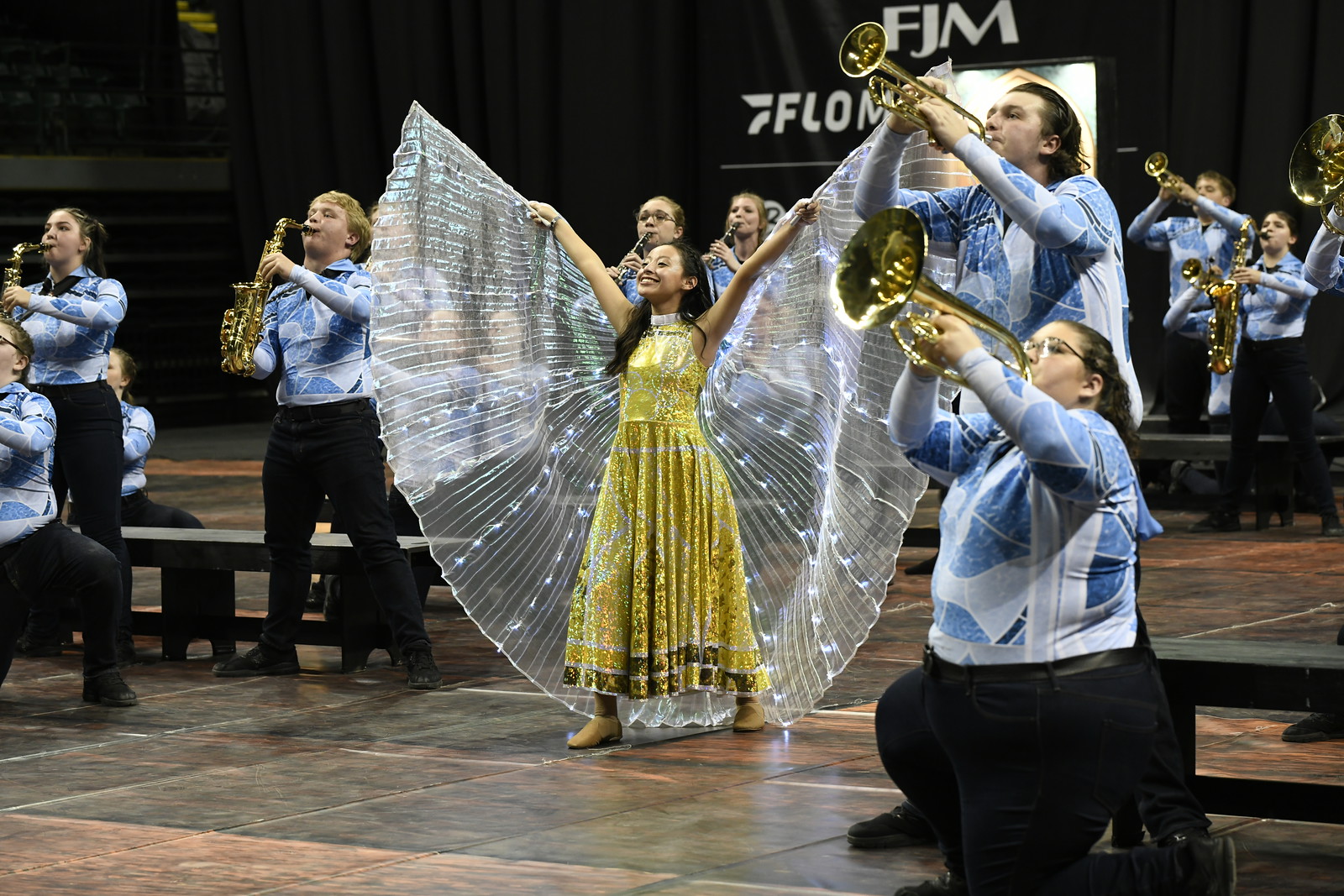 Church benches and lighted stained glass window backdrops made the Lake Hamilton theme of “Stained Glass” evident from the first note of their performance. Andrea Bocelli’s “The Prayer”, featuring a flute and alto sax duet was heavenly in its sound. A solo dancer in an iridescent dress was featured throughout the show, almost like a living stained glass window as the light reflected off of her. The third movement of the show allowed the winds to unleash their double tonguing and fingering technique, while our solo dancer reappeared in a shining yellow dress and winged translucent and lighted cape, almost like an angel herself. 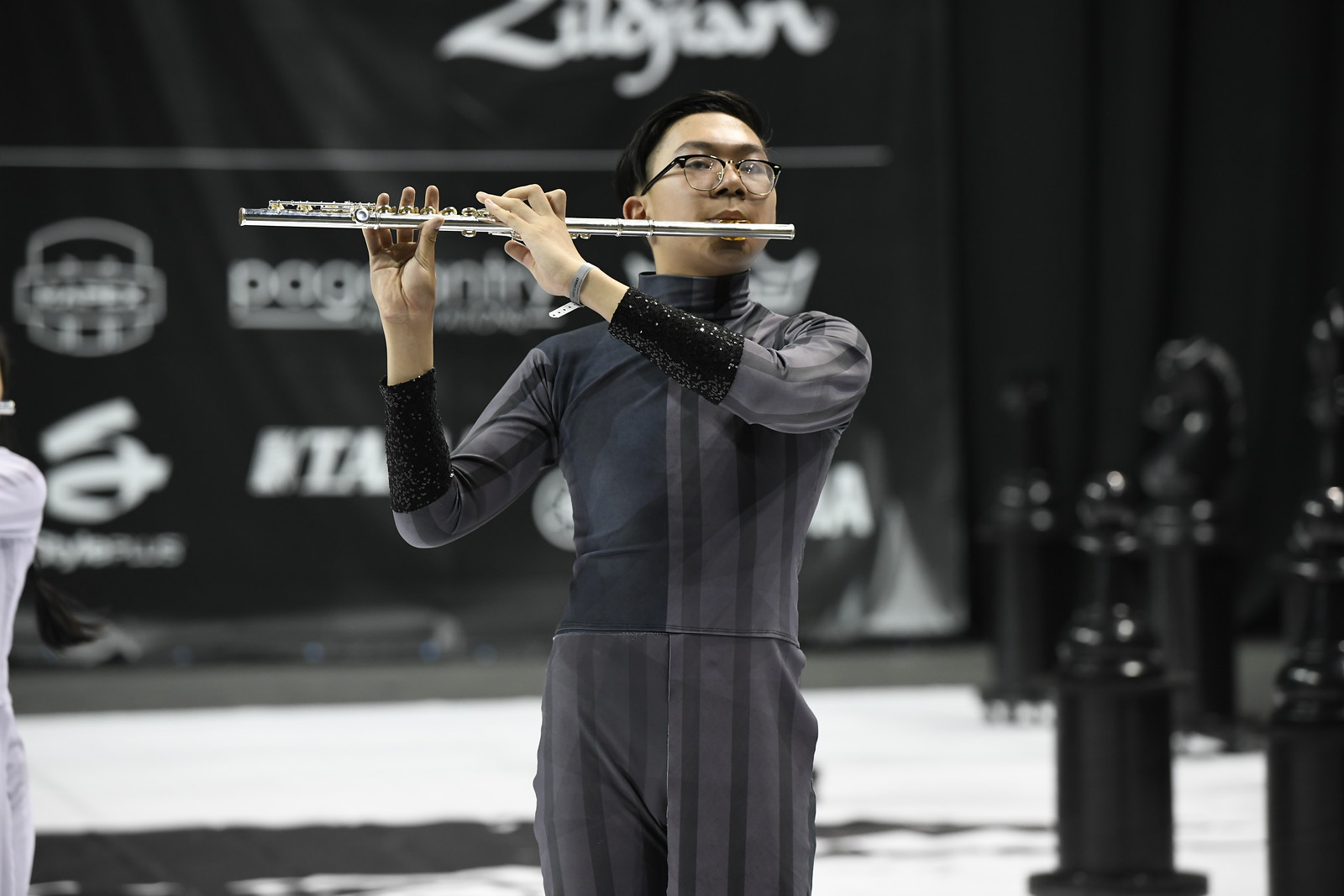 A stark black and white motif for Father Ryan’s chess show. The floor was mainly white with a splash of black across the middle of the floor. The performers all wore white or black to correspond with which side of the chess board they represented. Chess piece props figured prominently in this show, while a single chess player sat at a table in the center of the floor, contemplating her next moves. Each side also had its own color guard member, performing opposite from one another on the floor. As the pieces continued to move onto the floor, an oboe soloist was featured during the second movement of the show. Visually, sometimes the two sides of performers stayed separate, while other times they mixed for visual variety. A flute duet finished the show as our chess player found the right move, “The Perfect Move”. 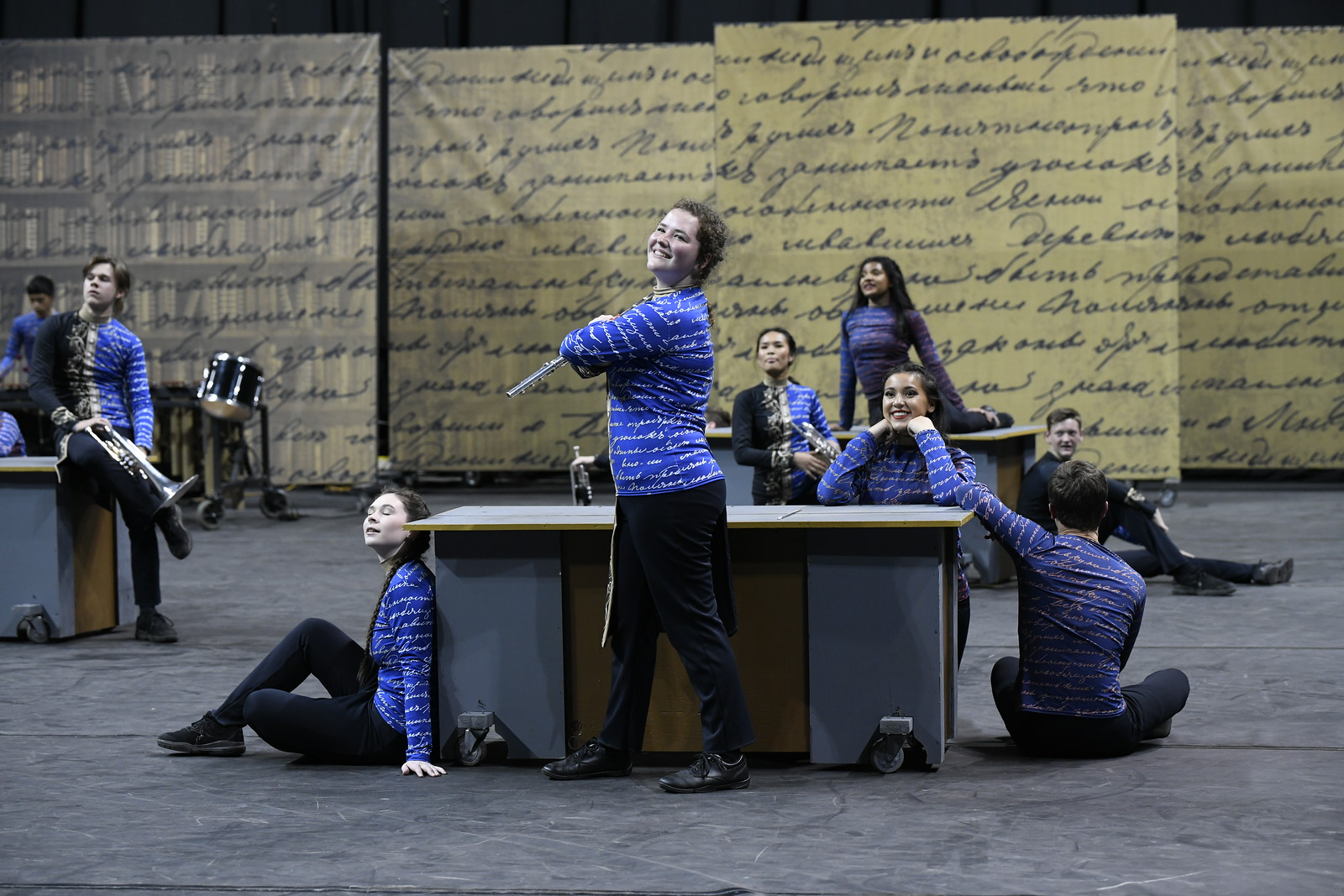 “Be it resolved. What do these words mean?” This is what South Jones attempts to address in their show, “Resolution”. The martial beat of a rope snare drum joins with a clarinet duet in a solemn fanfare before the rest of the winds appear from the back and join them. Desk props were wheeled onto the floor and a group of performers played on them with metallic brushes for a great effect, especially when they rippled from one end to the other. In the next movement, a vocal soloist blew us away with her singing, which was incredibly expressive and powerful. A trombone soloist opened the final movement of the show. As the movement progressed, the dancers used various percussion shakers and tambourines for added musical effect. Oh, and that vocalist? She’s also a killer trombone player. 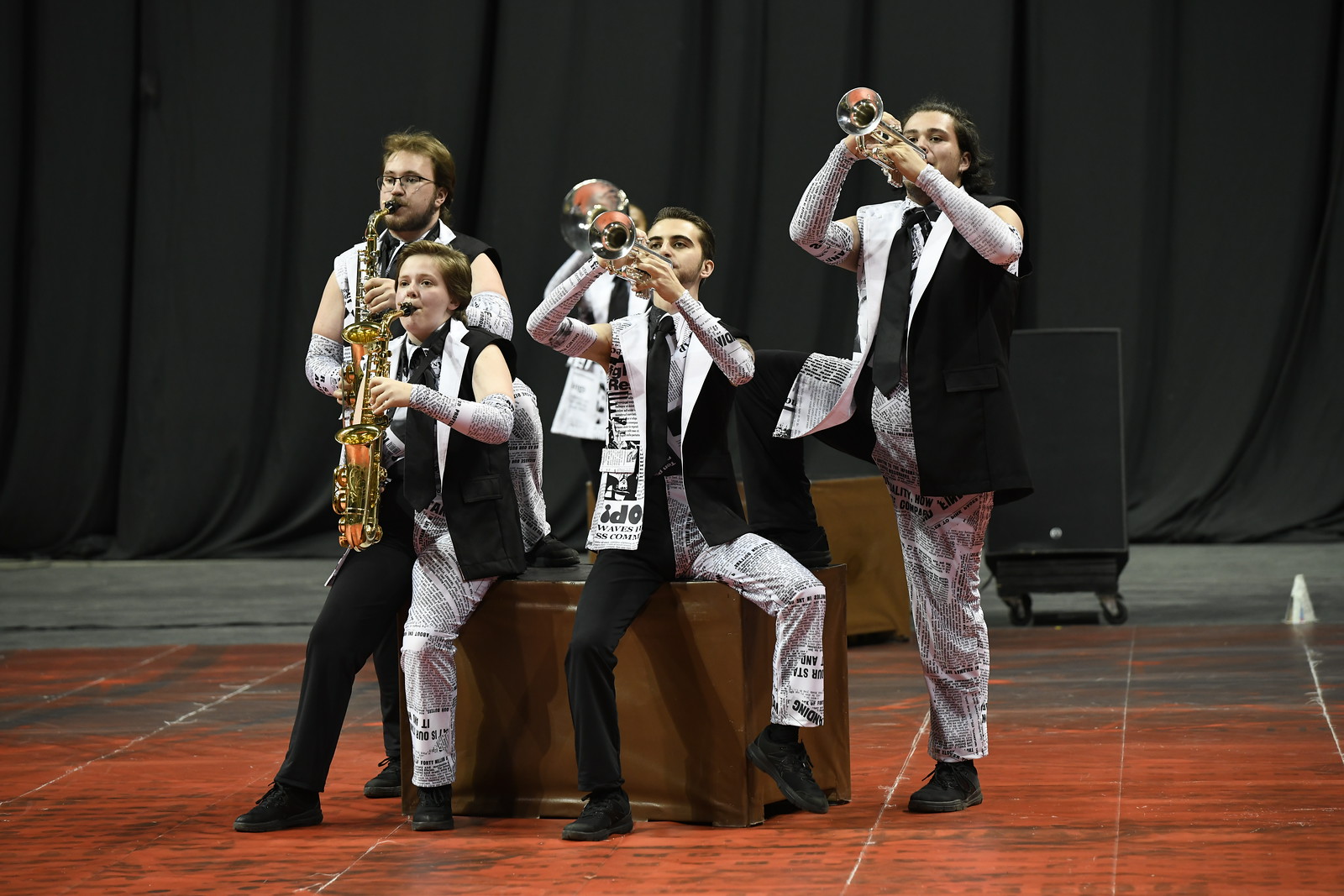 Opening with the sounds of the first KDKA Pittsburgh radio broadcast, Chromium quickly, if you will, goes into “Short Ride In A Fast Machine”. The winds filled the arena with their clean, warm sound. The next broadcasts we hear are from various events in American history, including World War II, the Kennedy Assassination, and the Challenger explosion, as the winds build musical tension behind it. The theme, “Broadcast”, expands from radio to television, as various props on the floor depict the light of a TV shining on those watching as these events are announced and unfold. In the final movement, we now move to the Internet and our smart phones, and how quickly we can now access the news and information. The props are rotated to reveal the icons of various apps we use for this reason, including a clever take on CNN with the C and W of Chromium Winds. A company front moment leads to the final chords of the show.