Competition is in our blood. From a young age, we ask amongst our peers: Who is the tallest? Who is the fastest? Who can jump the highest or farthest? And as we grow, so does our propensity for competition and our desire for accolades; Competitions become more structured and rules more rigid to determine with greater precision who will reign as the ultimate champion over any given activity.

The history of WGI’s class structure is rich. Thousands of performers, instructors, and spectators are familiar with the A, Open, and World classes within the Scholastic and Independent divisions of WGI. However, to those newer to the activity, it may come as a surprise that when the first WGI World Championships–WGI Olympics as it was known back then–took place in the spring of 1978, there was only one class: Open Class. 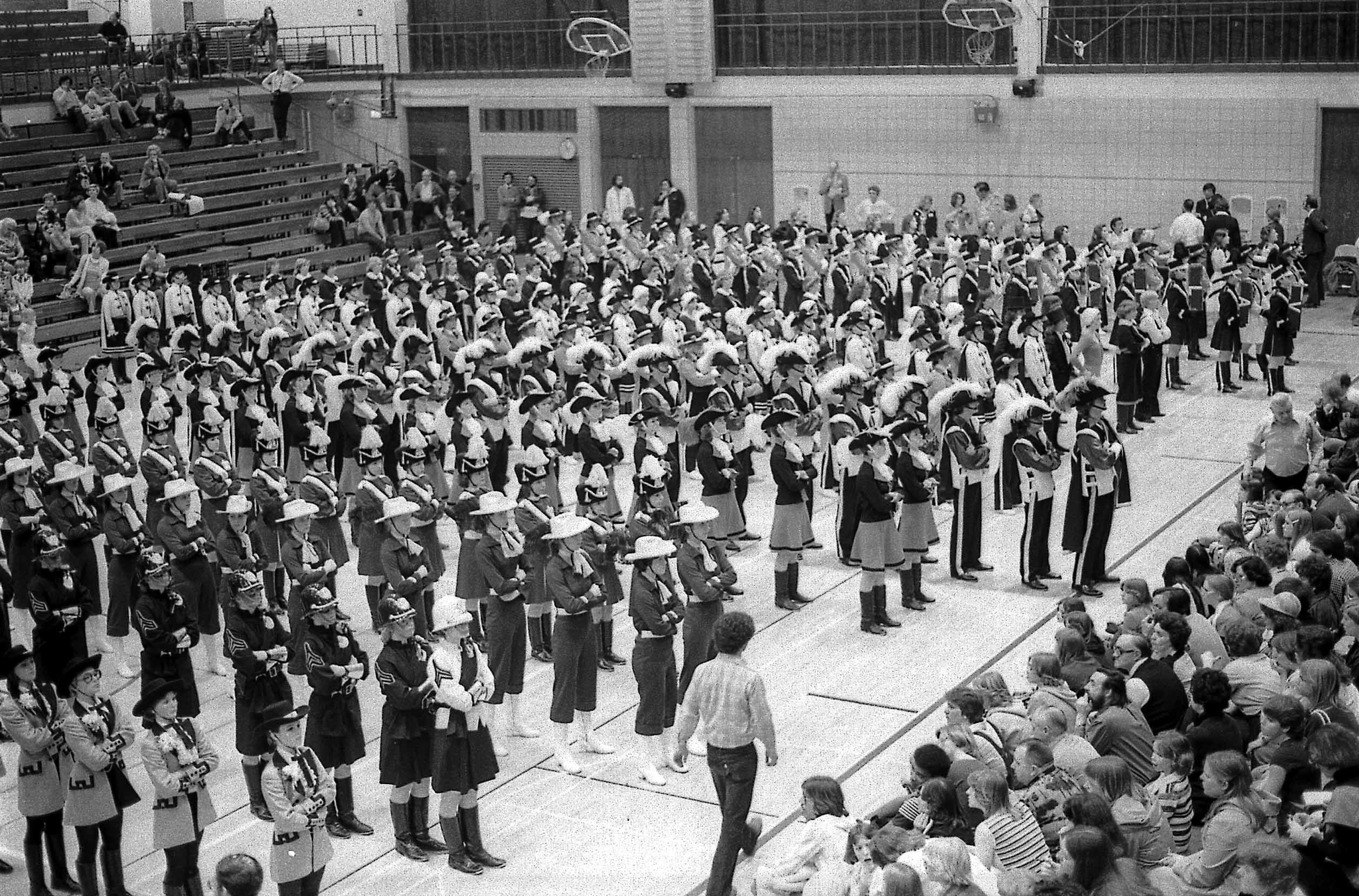 The first annual WGI championship saw every group judged on the same sheet. So why now, on the 45th anniversary of WGI, do we see so many classes? In short, the world of competitive color guard was smaller four and a half decades ago. A whopping total of 34 groups competed in preliminary competition at the first WGI Olympics. Although 34 may seem like a small number today, this was an outstanding achievement for its time. While various circuits around the United States offered indoor color guard competitions, units tended to stay within their respective regions and seldom traveled to compete.

The advent of Winter Guard International–a national circuit that brought together the top Midwest, Eastern, and Western groups–was a marvel to behold, and it took off. By the time WGI held its third Championship in 1980, 60 guards from 14 states and one Canadian province were competing for championship titles. That year, WGI broadened the scope of competition by introducing Class A under Open Class. During that same season, WGI also created an award for the highest placing high school unit in the Open division and recognized that unit as the WGI High School Champion. This process continued until 1984, when WGI created a third division known as the Scholastic Class. These changes provided a significant opportunity for newer and younger guards to compete with other units closer to their developmental level or in a scholastic environment like scholastic sports teams. 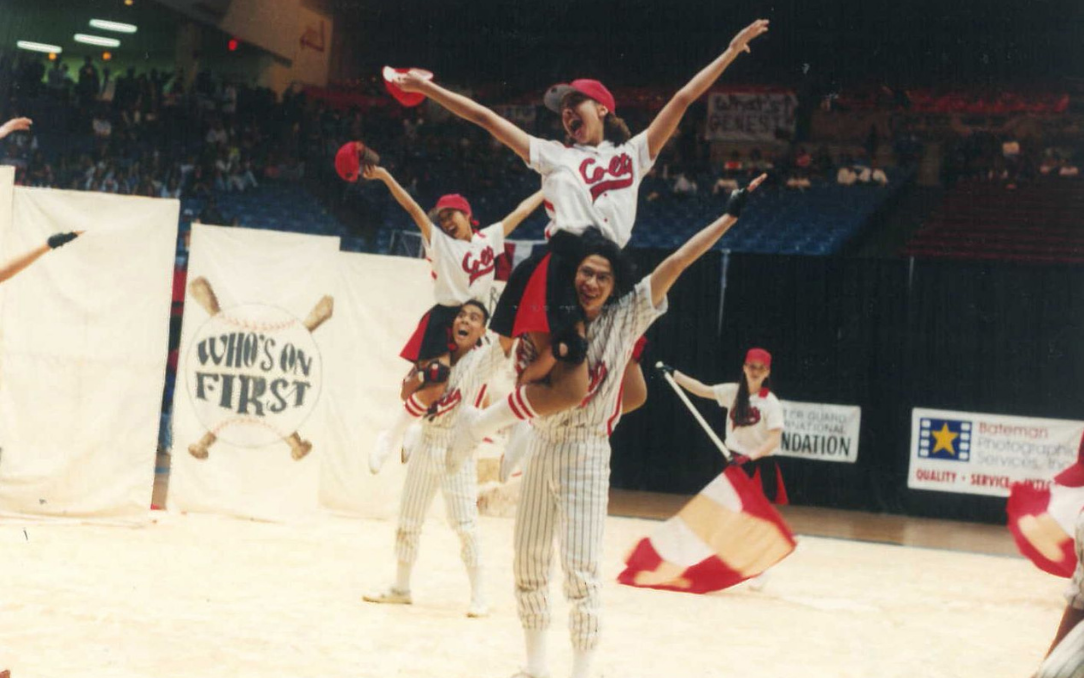 The impact WGI had on the activity in its infancy cannot be overstated. From 1978 to 1980, winter guard went through a metamorphosis. WGI member units voted to let go of many old requirements and customs seen in most if not all color guard shows. Before these changes, winter guard shows were designed around specific conditions such as Pass in Review, Standing Presentation of Colors, and Post and Retrieve. Through 1982, guards were judged by two adjudicators on the floor using the “tick” system, which was viewed by many as a tear-down system. In 1983, that system was replaced with a subjective evaluation process that resembled a build-up or reward system. These older rules and judging procedures gave way to a more artistic approach to program design. Thus, shows began to take on a new look: props, costumes, and entire set pieces found their way into the competitive arena, followed quickly by floor coverings. The activity was evolving, and WGI was leading the way. 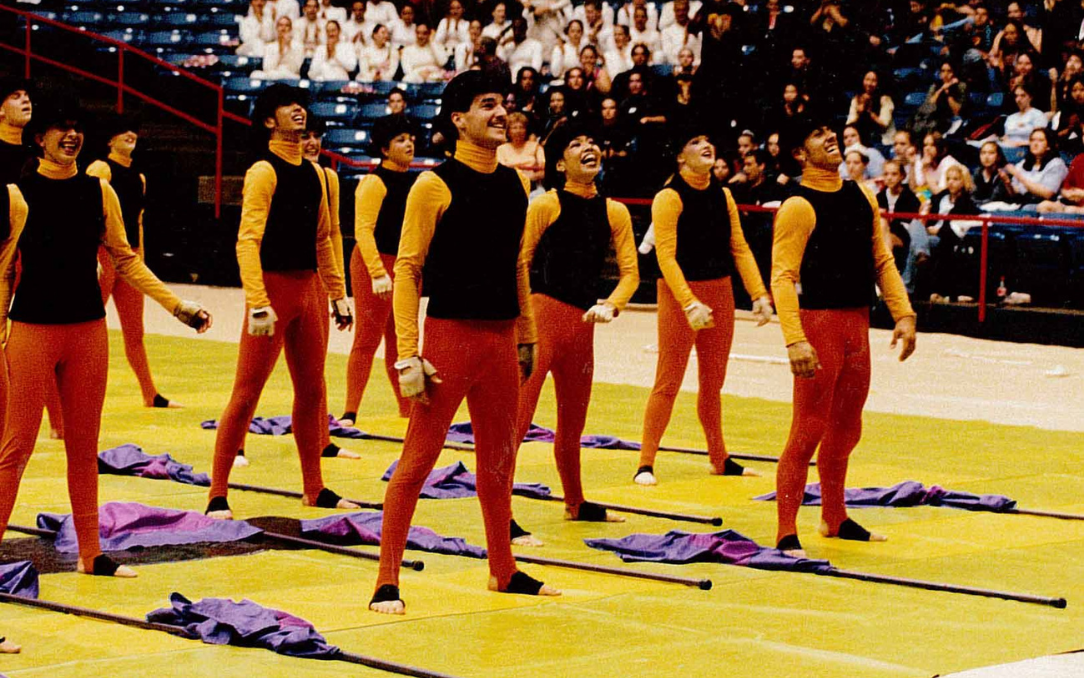 The growing emphasis on originality and creativity shifted the activity from its militaristic roots towards something more akin to theatre. Schools across the United States began to take notice of this change, and more and more scholastic groups formed. In 1985, WGI split the Scholastic Division into A and Open Classes to accompany the Independent A & Open classes. Thus began a new era for the color guard community.

It didn’t stop there, though. The activity’s growth continued to boom at an exponential rate. Before long, the number of scholastic units outnumbered the independent units and circuits developed all over the country to satisfy this growing need for a place to compete. This ever-increasing number of circuits looked to WGI for leadership as the activity grew year after year. After another brief rebranding in 1991 (this time changing both Scholastic and Independent “Open” to “World”), WGI arrived at the class structure we are familiar with today. Since 1993, WGI color guards have competed in one of two divisions–Scholastic and Independent–each with three classes: A, Open, and World. 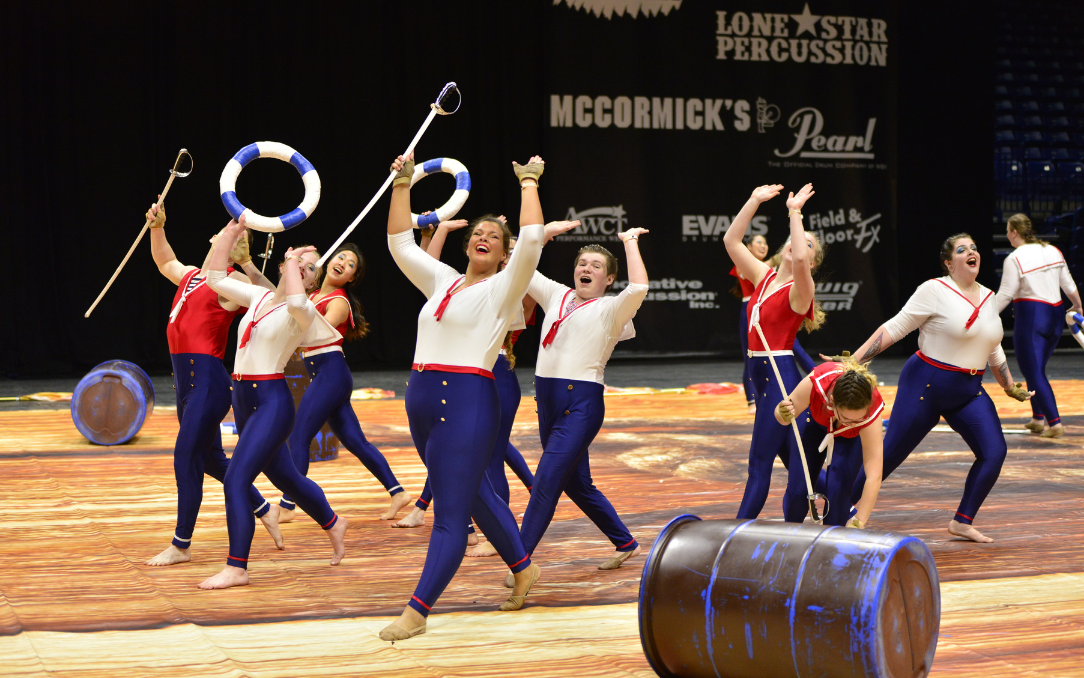 With this expansion to three classes, WGI turned its focus to education. WGI’s newfound purpose was ultimately to use competition as a vehicle to push performers and the activity towards growth and excellence. They redesigned the scoring system to serve the development of all units better. A, Open, and World class each have their own specific language and criteria that best fit that competition level. Some classes focus the reward on the foundations of skills and achievement, while others have pushed the upper boundaries of the activity. All units were allowed to compete and strive to achieve the highest recognition within their class.

Each class has seen growth over the decades, and A Class has seen a particular explosion in size. Many local circuits around the country created classes of competition below the WGI A class to offer those newer, developing, and younger groups who do not travel beyond the regional level the opportunity to compete. Because of the demand by many of these units to participate with WGI and experience regional competition. WGI now offers the Regional A class at many of its events still today. Growth continues in these classes, and many local circuits around the United States now have multiple sub-divisions within the Regional A and A Classes. 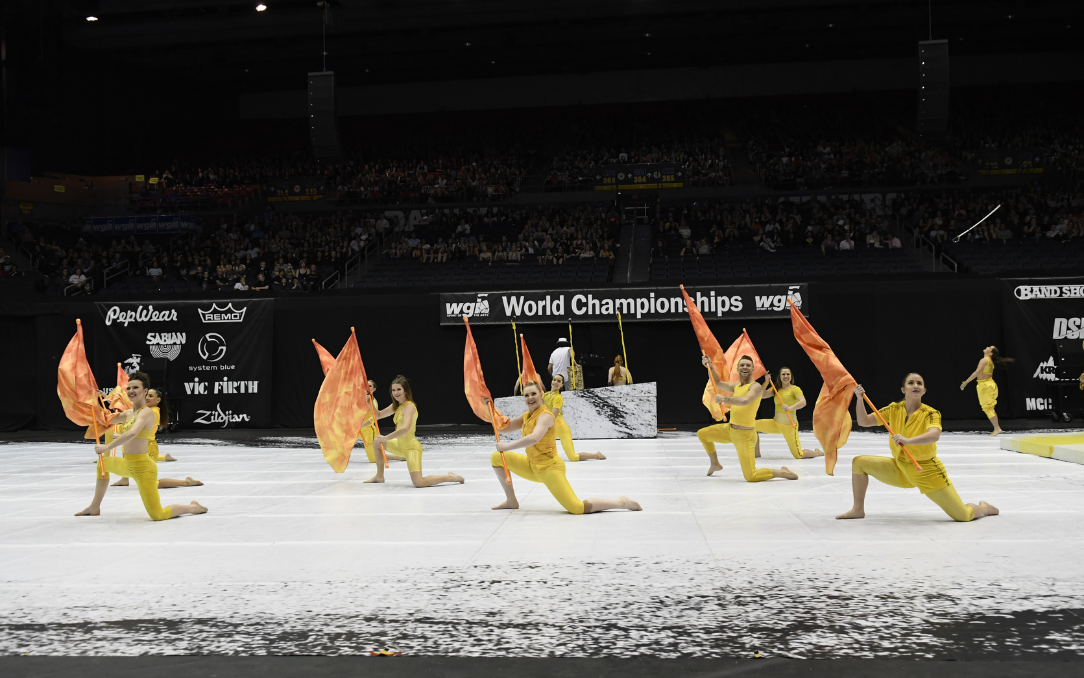 Our activity’s evolution would not exist if not for a deep devotion to the ever-increasing standards of excellence perpetuated by competition. WGI started in 1978 with 34 units, now hundreds of units and many thousands of performers worldwide compete for Championship titles. Each class offers fair competition at that skill level. The current class system is essential in providing a level playing field for all WGI participants.

As kids, we would ask who ran the fastest or jumped the farthest, and often we would divide ourselves by age or size for fairness. Today, our inherent desire to be the best still drives us to seek competition with each other: who has the cleanest catch, the most effective design, or the most variety, depth, and range in a program? And just like when we were kids, we see that our competitive activity naturally gives way to the echelons of competitors. Moreover, putting the classes in their historical context gives us greater insight into how the activity has evolved. With this light, it is easy to see that the history of the WGI class structure is essentially the history of WGI.